INTRODUCTION
The ROG Zephyrus is one of the first PC gamer to take advantage of the new Zen 2 mobile architecture developed by AMD. Here is our complete test of this ultraportable.

ROG’s Zephyrus range attempts to combine ultra portability and performance, to create gaming PCs that will be forgotten in the bag.

The brand returns in 2020 with the Zephyrus G14, an ultra-portable equipped with an AMD Ryzen processor with Zen 2 architecture and a Nvidia GeForce RTX graphics chip while keeping a weight close to 1.6 kg.

In addition to the Zephyrus G14, it is also the first PC we are testing with this generation of processor which, on paper, looks very interesting. 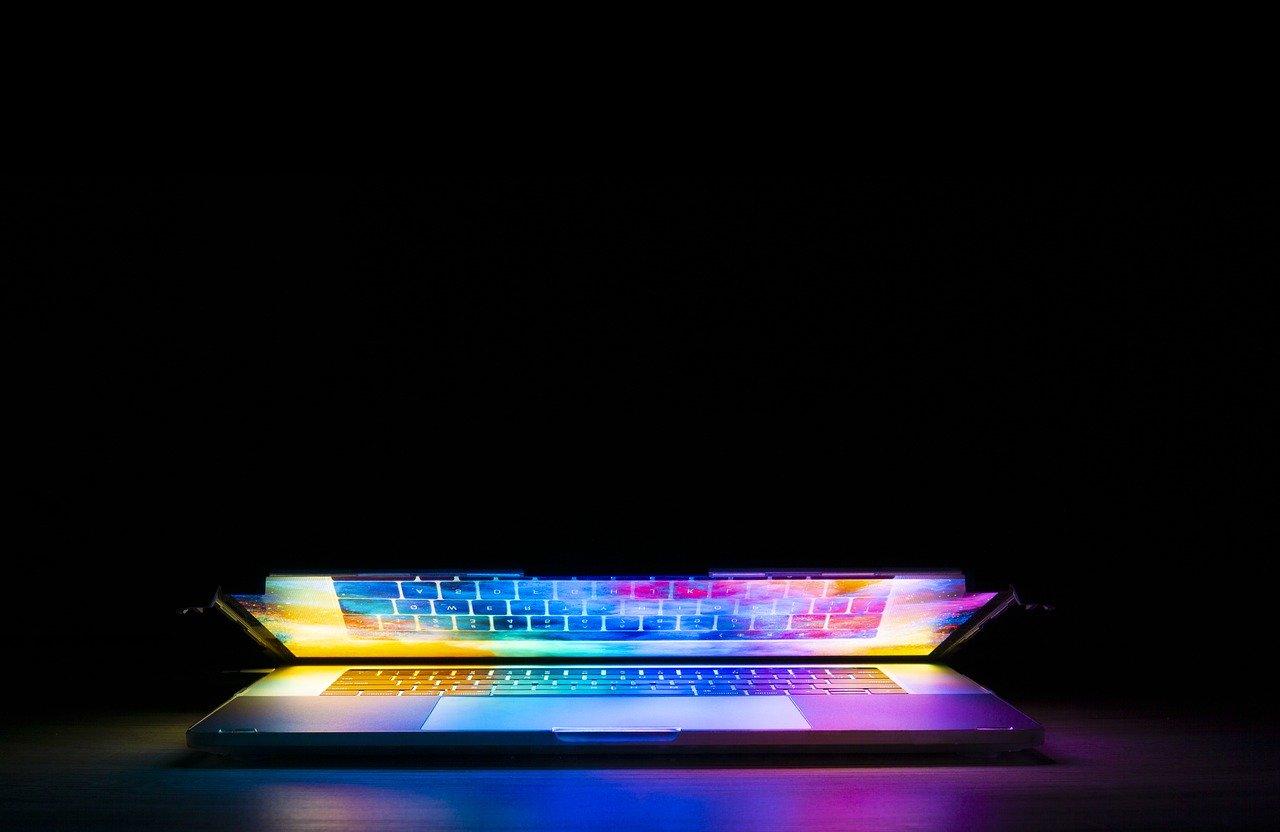 A SOBER GAMING PC
One of the characteristics of the Zephyrus range is sobriety. There’s no question here of feeling like you own a space PC with neon lights in your eyes. Even the ROG brand logo makes do with a small silver badge that looks great.

Only the design of the keyboard and the pixel effect on the back of the screen on the chassis will remind the target audience of this machine. Still, we can imagine it blending in with the decor.

If it uses some of the codes of ultraportable, its thickness of 1.8 cm still reminds us that it is indeed a “high-performance” PC. As such, the machine is also equipped with a nice ventilation system with openings on the left, right, back and under the machine. The base of the PC seems particularly thick, but it doesn’t interfere with use.

On the whole, we’re rather satisfied with the design of the machine, which fulfills its role well: to make the performance and the target audience forget as much as possible, for something more all-purpose. Overall, the PC remains compact and light, given the performance displayed, which we will come back to later.

KEYBOARD AND TOUCHPAD
With a PC with a 14-inch screen, Asus did not have room for a very large keyboard. The brand still managed to offer comfortable sized keys, even for directional arrows. A very good point.

One regret, however, is that the enter key only takes up one line, instead of the usual two. It’s quite unsettling and it will take some time to adapt. The layout of the keys has also been reviewed, and the screenshot key is now between the right CTRL and ALT GR.

Note that the keyboard also includes a set of special shortcuts, including a key to quickly switch to performance mode or another key to start the new Windows 10 screen capture tool.

Asus has placed 4 special shortcuts on top of the keyboard to make them more prominent. They allow you to quickly adjust the sound, mute the microphone and launch Armoury Crate, a software we will come back to below.

The touchpad is not as crucial on a machine that will be designed to run games, and thus irremediably to be connected to a joystick or a mouse. On the Zephyrus G14, it is big enough to be pleasant to use. The texture is also good. 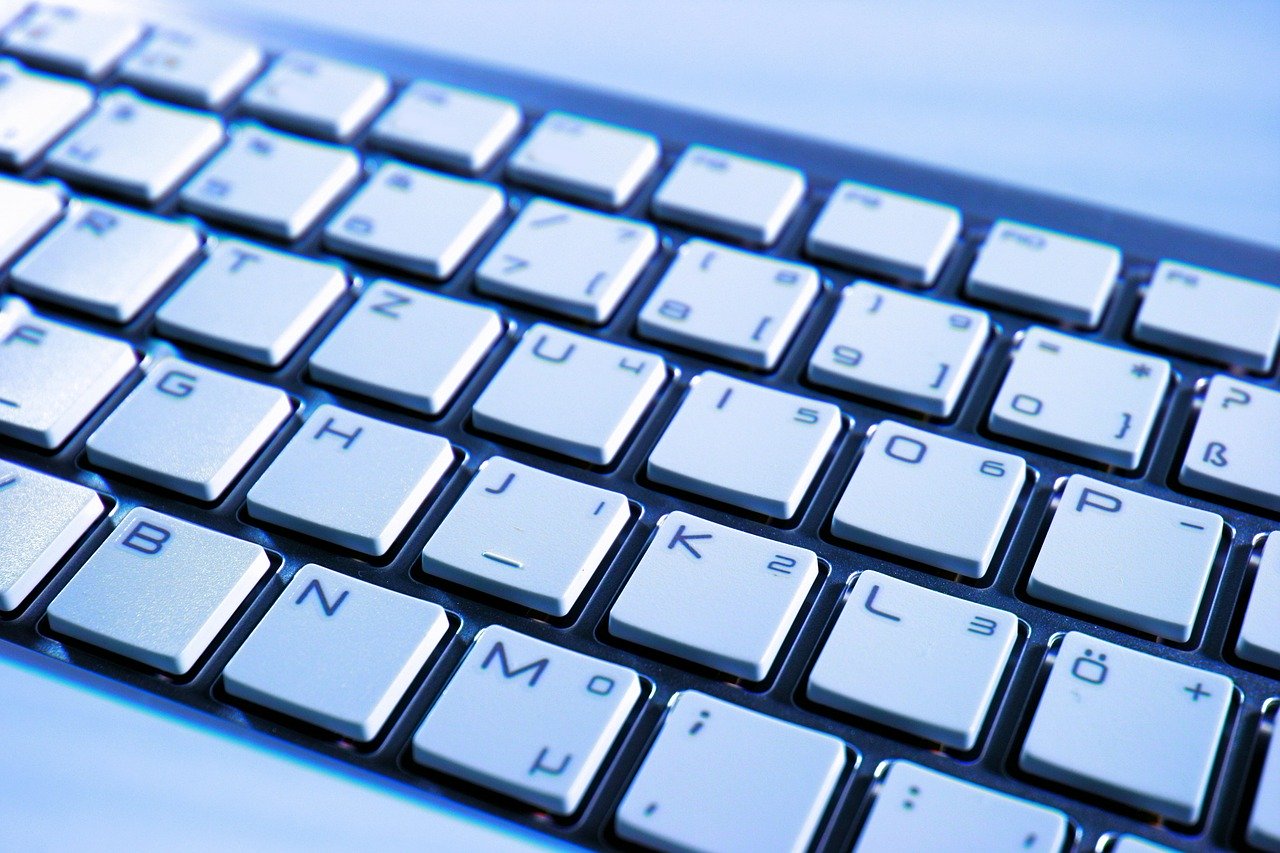 THE CONNECTIQUE
As we said, the Zephyrus is built on an AMD platform, which means no Thunderbolt 3 on this machine.

Note that due to ventilation, the ports are particularly close to the user. In the case of a wired mouse, this means that the wire could end up on the mouse pad, especially since the two USB-A ports are on the same side, on the right.

A 120 HZ MATT SCREEN
The screen is an increasingly important element in gaming PCs and should not be neglected.

Here, Asus plays on two boards and offers a 14-inch Full HD IPS LCD screen with a matte coating, which will be rather pleasant to work with, and with a refresh rate at 120 Hz, which is handy for gaming.

Unfortunately due to the confinement, we are not able to offer you the usual full test on this screen. To the naked eye, one can still notice that the color spectrum seems limited. Asus promises 100% coverage of the sRGB spectrum, which is more limited than the DCI-P3 spectrum offered on high-end displays. The calibration seems to be successful.

It is indeed this rate of 120 Hz that will be retained as the great strength of the screen, for video games. For the rest, in spite of the defect mentioned above, the screen does the job.

WINDOWS 10 WITH ARMOURY CRATE
The Zephyrus G14 runs under Windows 10 Family, with the latest version of the system. The brand adds a suite of software more or less happy. Let’s move on to the horrible McAfee trial version that we recommend you to quickly delete, and let’s focus instead on Armoury Crate.

This is Asus’ all-in-one computer management software. It allows you to configure the performance of the machine (between silence and power), or to access applications and games on promotion on the GamesPlanet platform. Still on the gaming side, the machine also features the Xbox Game Pass for PC with a pre-installation of the application. AMD is a partner of Microsoft on this service and ROG offers one month subscription for the purchase of the device.

It is also in Armoury Crate that we will find perhaps the most important option: the ability to disable the sound of the PC at startup. Because Asus has decided to enable by default a sound with the ROG logo animation (similar to a sword sound) at each boot of the machine or when it comes out of standby. But fortunately, this sound can be disabled.

WEBCAM: THE EXPRESS TEST
ROG chose to ignore the webcam. The Zephyrus G14 does not integrate any camera. On the one hand, the brand believes that budding streamers will use a dedicated camera, and that in any case, cameras integrated into computers are often of poor quality.

This also allows the brand to reassure users about privacy, but it’s true that it’s quite strange not to have any webcams at this particular time when videoconferencing solutions are so popular.

It’s also a pity that the manufacturer did not take the opportunity to trim the edges of the screen even more. Dell can, for example, integrate a webcam on its XPS 13 with a thinner border.

However, one is inclined to agree with the brand: most cameras integrated in PCs are of very poor quality. Confidentiality is also a good argument.

THE RETURN OF AMD – A CONFIGURATION MIXING AMD, INTEL AND NVIDIA
Let’s get to the heart of the matter concerning this machine. This is the first one we are testing to offer the new generation of AMD Ryzen processors based on the Zen 2 architecture.

So we have both components developed by AMD, Nvidia and Intel in this computer. Fortunately, all this is perfectly designed to work together thanks to the standards of computing.

Asus offers several performance modes on its PC. For all our tests, we used the turbo mode, offering the maximum performance of the machine.

OFFICE PERFORMANCE
While AMD has made a triumphant comeback on desktop PCs, the brand has yet to prove itself on laptops. It is with this generation Ryzen 4000 that the brand is taking a real first step to begin its re-conquest.

The Intel SSD is not to be outdone // Source : Cassim Ketfi for Frandroid

The SSD also performed extremely well in our test with CrystalDiskMark.

This means that we are dealing with a powerful processor that will be able to support you in heavy tasks such as batch image processing or video editing.

IN-GAME PERFORMANCE
With a GeForce RTX 2060 Max-Q and a high-end processor, you’d think you’d be dealing with a machine that already performs well in gaming, even if it won’t match the biggest gaming PCs of the moment.

OVERWATCH
First in multiplayer games like Overwatch, you can take advantage of the 120 Hz screen to display all the game action with great fluidity. In Full HD with all the settings on Ultra, the game was always around 140 FPS, even in the middle of the action. Obviously Overwatch is a particularly well optimized game, so this result is not surprising.

FORTNITE BATTLE ROYAL
The Epic Games flagship game that we no longer present is not as well optimized as Overwatch. You still manage to stay above 60 frames per second at all times, with all the settings at full speed.

Even if several parts were played in succession, the machine here had no trouble maintaining its performance. The playing experience was therefore very comfortable.

GEARS 5
Let’s move on to a more technically ambitious game with Gears 5, which is precisely proposed in the Game Pass offered with the machine, since it is a title directly developed by Microsoft. The game integrates a performance test rather well done, but quite short. So we ran it several times in a row to show what the machine was capable of over time. This is especially crucial on a laptop where poor cooling can often degrade performance after a few minutes of playing.